We study the physiology of the retina to understand and treat blindness as well as to gain a wider understanding of the mechanisms of information processing throughout the brain. The retina is an amazing model to study how neural circuits work because we can realistically control all of the inputs to the circuit (light), measure the entire output of the circuit (action potentials traveling down the optic nerve), and quantify the impact of the circuit on perception and behavior with visual psychophysics. We are interested in analysis at the level of individual synapses, small circuits of neurons, and behavior. We use whole-cell electrophysiology, voltage and calcium imaging, and behavioral techniques.

Importantly, our lab is actively involved in efforts to engineer therapies to treat blindness and create better models of retinal disease.

A major interest in the lab is understanding how neural “hardware” (dendrites, axons, synapses and the resulting circuits) processes information to perform basic visual computation. One example is the computation of contrast. We previously discovered a synapse autonomous mechanism in the night vision pathway in the retina that computes Weber contrast from irradiance as enc 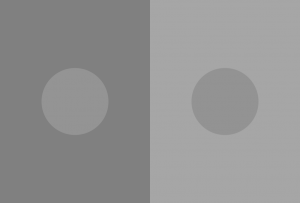 oded by the photoreceptors. This provides an opportunity to understand how the regulation of synaptic vesicle release and the replenishment of synaptic vesicles at the synapse contributes to a well defined neural computation with clear behavioral relevance. Of course this synapse (rod bipolar cell output) does not operate in isolation and is subject to modulation by a number of inhibitory circuits, which are themselves poorly understood. We are currently investigating how circuits impinging on this synapse modulate this contrast computation and how this modulation influences the perception of temporal contrast. We are also investigating these poorly understood circuits that act upon the rod bipolar cell. Contrast is only one example of an accessible visual computation performed in the retina.  We are actively investigating the circuitry underlying other computations such as texture and motion and how these computations interact to influence each other.

In many forms of retinal degeneration, such as AMD and retinitis pigmentosa, photoreceptors die, which leads to blindness; however, the remaining retinal circuitry remains

alive. Electrically stimulating the remaining retinal circuitry with a retinal prosthetic connected to a camera has long been seen as a potential therapy to restore vision. Unfortunately, the results from early attempts have been modest.  A new approach from colleagues here at UCSD (Drs. Yu-Hwa Lo and William Freeman) and Nanovision Biosciences makes use of photosensitive silicon nanowires, which directly convert light into stimulating current, with high temporal and spatial resolution. We are leveraging this technology to probe the changes in retinal circuitry that occur during retinal degeneration in ways that have never been done before. Our goal is to translate this understanding into better therapies to restore vision in blind patients.

A major goal systems neuroscience today is to bridge the gap in understanding between a detailed biophysical understanding of neural circuits and the behavioral output of these circuits. Armed with a detailed understanding of the retinal processing contributing to basic visual computations, we can employ retina specific manipulations of these processes to examine how these early retinal computations contribute to perception with behavioral techniques.  We have recently developed a unique visual psychophysical task, which requires little training, and can be used to probe perceptual perturbations resulting from neural manipulation on a fast time-scale. We are also using this behavioral paradigm to explore basic questions in visual perception.

3D retinal organoids grown from human pluripotent stem cells hold great promise for modeling human retinal diseases.  Although significant progress has been made towards developing retinal organoids with native structure and molecular markers, our physiological understanding of these organoids is still very limited.  In collaboration, with the lab of Dr. Karl Wahlin at the Shile Eye Institute, we are beginning to apply our physiological techniques to retinal organoid models of human retinal disease engineered by the Wahlin lab.